At present, the District provides vector control services (mosquito, flies, rats, Africanized honeybees, black flies, midges, and occasionally other vectors of minor public health importance) over an area of 350 square miles with a population of approximately 850,000. Northwest Mosquito & Vector Control District's mission is to protect public health from vectors and vector-borne diseases in the most cost-effective and efficient way.

All mosquitoes must have standing water to complete their life cycle. It only takes 7 days for a mature mosquito to develop from an egg during warm weather. Mosquitoes do not hatch in grass or shrubbery unless standing water lies beneath them. Adults may be seen resting in these areas. 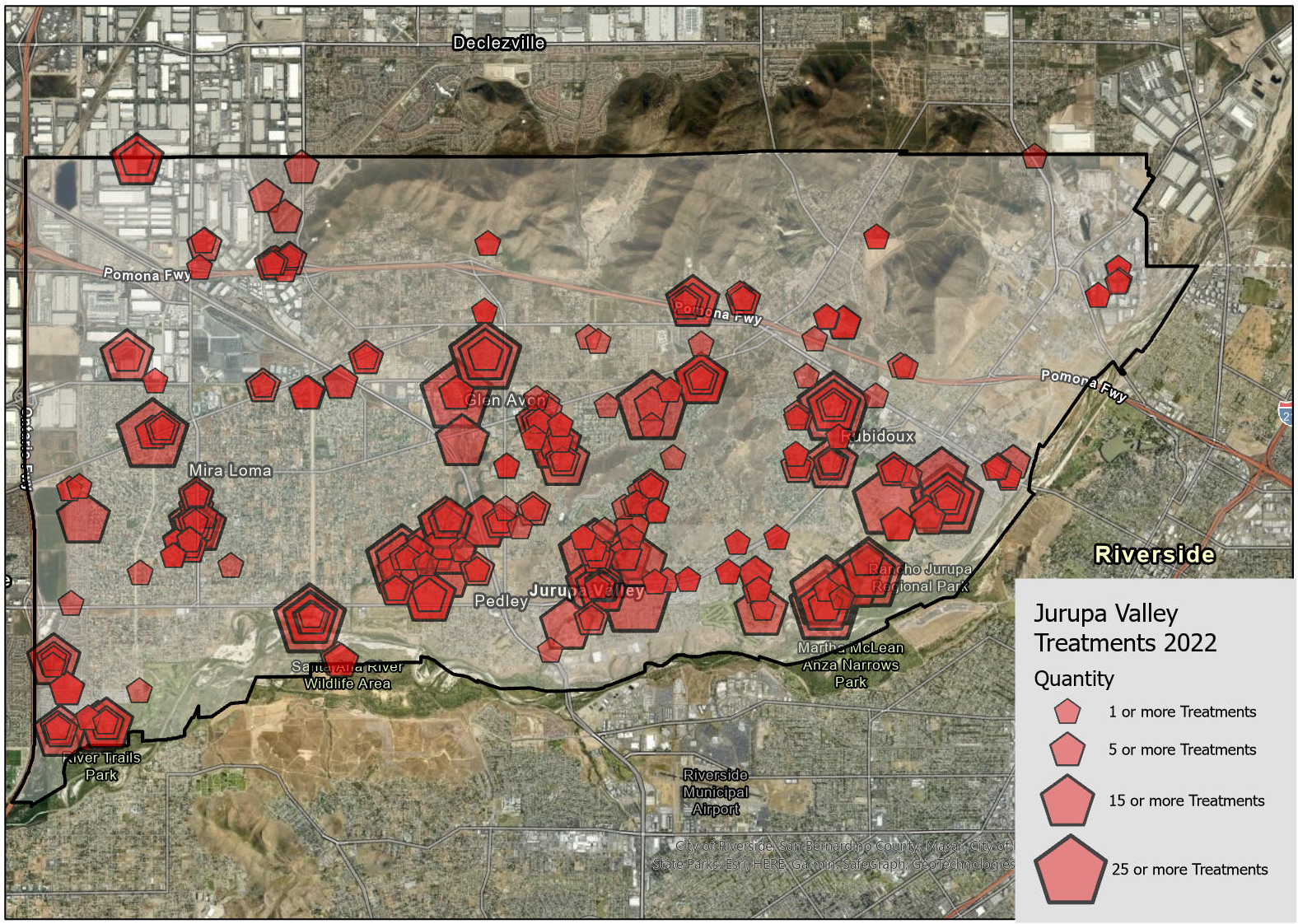 How to Prevent Breeding:

Rat control is a community effort. If you have rats, so do your neighbors, and vice versa. In some cases, rats may spread germs such as the bubonic plague, typhus, and other filth-borne diseases.

Africanized honeybees (AHB) are descendants of escaped African bees imported from Brazil in an attempt to improve honey production. AHB arrived in Southern California in 1994, colonizing Riverside County in 1998. They have essentially displaced feral European honeybees in Riverside County, and are now the dominant wild bee encountered.

If Attacked by AHB:

Domestic flies, while often a nuisance, can also transmit germs to people. They are attracted to foul odors from garbage, sewage, manure, grass clippings, pet droppings, and decomposing animal and plant waste. Flies have hairy legs (pads), and most have sponging mouthparts (proboscis), allowing them to pick up and deposit germs and bacteria on food, open sores or cuts, drinking water, and cooking utensils.

Ticks are in the arachnid family, which makes them related to spiders. As ectoparasites, they attach to animals, pets, and people using complex mouthparts resembling a "harpoon." While they are attached, they suck blood for several days, dropping off once engorged.